It has been a whirlwind start to this year’s short legislative session and an extremely busy week. I want to jump right in and update you on several issues I’ve been working on this week.

Salmon recovery has been an ongoing issue affecting our state and region for decades. Lawmakers can all agree that preserving and improving spawning habit is an important element for their survival; what we most certainly do not agree on is how to make that happen.

This session, at the request of the governor, Senate Bill 5727 and House Bill 1838 have been introduced. Both are thinly veiled “land grabs” under the guise of restoring fish habitat. His proposal would carve up to 230-foot setbacks along streams and rivers in perpetuity.  And empower the state to impose fines of $10,000 per day/per occurrence for any failure to comply to Department of Ecology standards, trampling property rights and devouring untold acres of productive farmland without compensation.

As some of you know, I grew up on a goat farm in Alger — and like so many landowners, we respected and cared for the land because it fed our livestock and our family. Washington state is the home to thousands of family farms and even more families who raise gardens and bring their goods to farmers’ markets. They depend on their land to feed their families, their cattle and in many cases, you and me.

The governor’s proposal also fails to respect decades of voluntary habitat improvements coordinated by local government and conservation agencies in our district and conflicts with the Growth Management Act’s principal to preserve farmland.

Additionally, his approach fails to address the immense fish passage failure in our own backyard: Seattle City Light dams. These dams block 40% of the Skagit from salmon production.  We need to address this and the huge predation problem created by uncontrolled pinniped and cormorant populations if we expect to save our salmon.

Poorly crafted, “all stick” and “no carrot” policies like this are a recipe for resentment and bad outcomes. On Wednesday, I was joined by my colleague, Senator Ron Muzzall from Oak Harbor, for a news conference to talk more in-depth about the salmon recovery efforts and water access issues. You can watch that news conference here.

Since my time in the legislature there has been a constant barrage of bills intended to erode your 2nd amendment rights; this year is no different.

Both bills were recently heard in committee and received strong support from individuals testifying. We need to enact more common-sense legislation that protects lawful gun owners and punishes criminals, not the other way around. 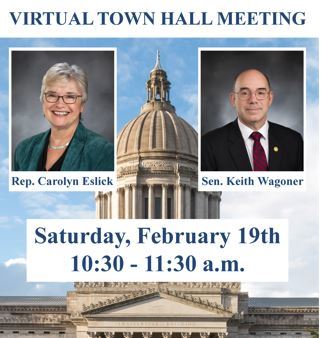 Thanks for reading my legislative update, I encourage you to reach out to my office and to share your thoughts, ideas and concerns on matters of importance to you. And please, if you don’t already, follow me on Facebook. My contact information can be found on the right sidebar. I look forward to hearing from you.